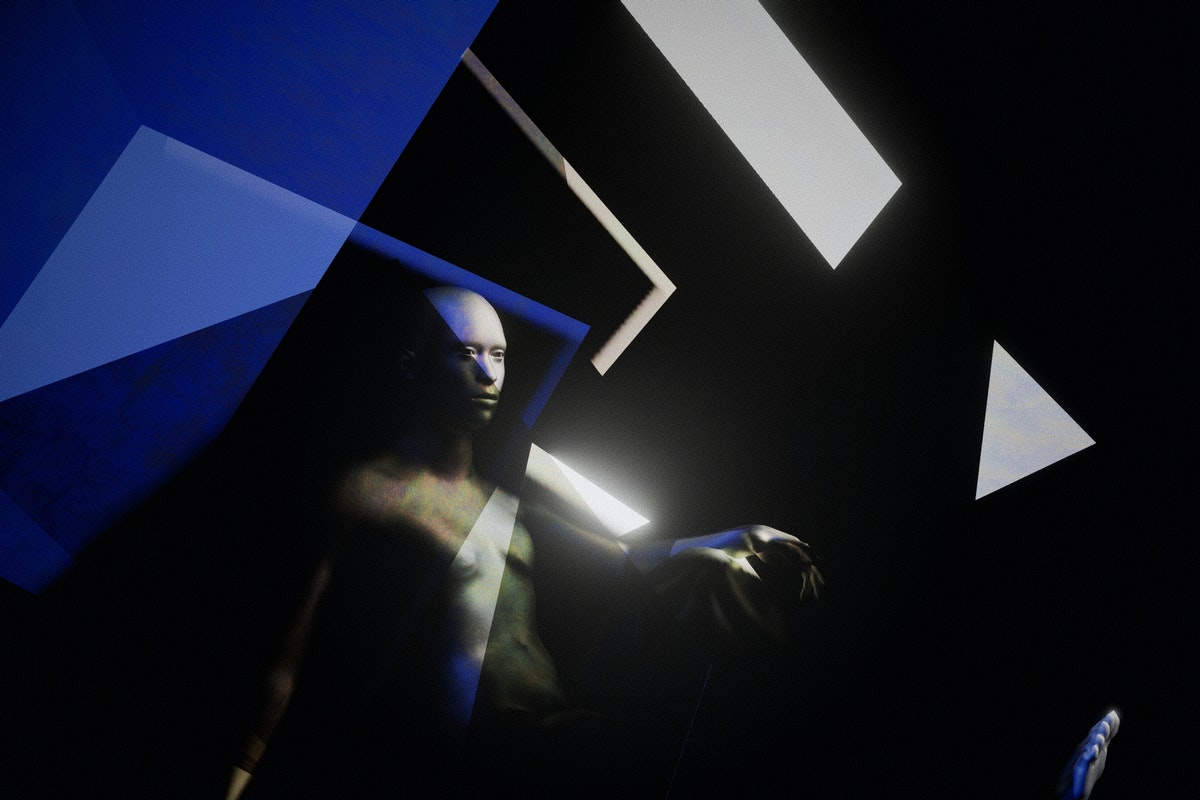 Virtual Influencers: What Are They and How Do They Work?

What are virtual influencers?

Have you ever imagined the day would come when robots would become influencers? This idea may seem like something that would happen in sci-fi movies rather than real life. But wait until you discover the world of virtual influencers.

What Are Virtual Influencers and How Do They Work?

With radical developments in engineering, science, and artificial intelligence, it’s no wonder bots or virtual influencers are the buzzwords today. With billions of social media users worldwide, brands have sought and are continually seeking innovative ways to stand out among the crowd.

While bumping into a robot on the streets or sitting next to them in a restaurant might be something that are bound to happen hundreds of years from now, Human 2 Robot (H2R) interaction is evolving rapidly in social media today. The best part? Brands and followers alike are enjoying their presence!

Wondering about the impact of virtual influencers on digital marketing? Read further to fully grasp what this new wave of online personalities really is.

What are Virtual Influencers?

Virtual influencers, also known as digital avatars, CG models, or digital characters, refer to those computer-generated characters that sport realistic, human-like features, characteristics, and personalities. Some of them are more animated in nature, with Barbie being one of the most popular virtual influencers in the world.

But even if they don’t exist in our physical world, these influencers live ‘realistic’ lives on social media. It’s almost like a person from a parallel universe has come down to live in the actual physical world. The only difference is that these digital avatars aren’t somewhere around the world curating their IG feed.

Instead, a team of designers, artists, and writers are working hard to create and manage these digital characters to speak, move, and look just like a typical human being. Virtual influencers really do look lifelike. Even if there’s something not human about them, they’re still intriguing and quite impressive.

How are Virtual Influencers Made?

How to create a virtual influencer is one intriguing thought to most people, especially the fans. Like most other digital works and animations, developers and creators make virtual influencers using computer graphics software. Some of the famous software used in the creation pipeline of digital avatars are Cinema 4D, Unreal Engine, Illustrator, Photoshop, Lightroom, and other online tools. There are also influencer tools that help you get connected with the best influencers, such as the one in this Vazoola review.

While an actual Barbie doll, a paper comic, or Sesame Streets’ Elmo don’t technically qualify as virtual influencers, the recreation of these characters in a virtual medium separates them from being an ‘influencer’—assuming the title ‘virtual influencer.’ An example of a brand that has done this impressively is Mattel with its VTuber Barbie.

How Do Virtual Influencers Work?

Behind this clever invention are the even more clever creators who create and manage virtual influencers. They exert time, effort, and creativity in crafting a character’s backstory, increasing its social media presence and follower count, and the overall marketing work. The creators are highly responsible for increasing these influencers’ Instagram platforms and molding them into world-renowned figures.

Moreover, the creators develop the influencers to meet their personal needs and specs—from what they wear, what they look like, and how they behave. Basically, these influencers don’t work; their creators do. The cherry on top? Creators get to keep the bucks that digital avatars make from different brand deals and collaborations.

How Do Digital Avatars Benefit Brands?

For a good reason, virtual influencers are becoming popular with numerous brands. After all, they’re called influencers, and they aren’t called like that for no reason. For one, it’s easier to fix a virtual influencer’s mistakes than that of a real human being’s.

Add to that the aura of modernity and innovation that would surely entice social media users. Also, brands find digital avatars so appealing that they opted to create their own digital character, one of which is Renault’s Liv.

Brands that opt to work with these influencers will be known by thousands to millions of new audiences and gain essential benefits. They’ll have more control over the collaborations than they would with partnering with a human influencer.

What is the Point of Virtual Influencers?

Virtual influencers are created for the sake of influence. They’re developed to accomplish some of the tasks that a real social media influencer does. These include gaining tons of followers and posting on their social media accounts about the products and brands they collaborate with and promoting brands to their massive following.

Creators build and develop digital avatars to benefit and help brands in the areas of marketing and advertising. So, the point of these influencers is to upgrade and add to the list of novel marketing strategies that brands could venture into.

How Effective Are Digital Avatars?

It has been predicted that the general influencer marketing industry would hit $15 million in a few years. But according to a study by HypeAuditor, virtual influencers are now a mile ahead of traditional social media influencers, with an engagement rate of thrice more. To gain the same number of followers that a virtual influencer has, human influencers must post four times more on Instagram.

A majority of digital avatars are in the United States, and 45% of their followers are women in the 18-34 age range. Additionally, teenagers aged 13-17 also follow these influencers. In fact, the number of teens following virtual influencers is twice the number of those following human influencers.

While most human influencers present authentic images to followers and audiences, the risk of controversies and real-life errors can be overly concerning for brands. But with virtual influencers, brands may create custom ambassadors tailored to match their specific needs and speak their message. As a result, these custom-made influencers could best represent a brand.

However, many consumers and advertisers have certain apprehensions and reservations regarding the use of digital avatars to promote brands. Some questions include the regulations on disclosing the truth that followers aren’t interacting with an actual person.

The United States Federal Trade Commission called out this concern, saying that the use of virtual influencers hasn’t been specifically addressed yet. But the companies that are using such influencers for marketing should ensure that any claims made regarding the virtual influencer must be truthful and not misleading.

Long before the COVID-19 pandemic impacted influencer marketing and crippled the entire world, virtual influencers have already been making money (well, technically, their creators gain the money). When constant face-to-face human interaction is considered a potential health threat, the appetite for digital spokespersons and personalities began rising. While digital avatars are faux people, they still have real potential for business.

Most human influencers this year are stuck at home, creating DIYs for their own product shots. Some social media personalities are even taking a break because of physical and mental health problems. But virtual influencers could travel around the world and create content anywhere. So this year, these influencers are really going ahead of traditional influencers and are surely gaining more money.

In every marketing strategy, marketers and brands should always recognize the cons and not just the pros. That way, they’d be able to gauge what works for them and what won’t. With the use of virtual influencers, here are some pros and cons to look out for:

Related  Hitting the Bulls' Eye: How Influencer Targeting Can Help Your Business

Aside from using these influencers, you can also increase your engagements through a social media management tool. Check out this Eclincher review.

Are Virtual Influencers Worth It?

Investing in virtual influencers would cost a lot of money for brands and marketers. Some creators would demand a one-time payment, while others prefer a monthly basis. But with all the pros and cons, is investing in a ‘robot’ worth your money, time, and effort? The answer is YES if it fits your brand. If you know that digital avatars are what your brand needs to increase social media presence, drive traffic, and upscale conversions, then, by all means, they’re definitely worth the cost.

So, the key is to identify your brand’s needs and establish your goals and objectives. Then, work your way from there.

Are Virtual Influencers For You?

Virtual influencers are indeed raising the bar higher. And while they’re completely novel and out of this world, they won’t work for all brands. Hence, it’s crucial to assess your strategies and establish decisions based on your influencer marketing campaign goals. No matter how novel the strategy is, it would still be ineffective if it doesn’t fit your brand and campaign.

So, before you take the risk of getting a virtual influencer to promote your brand, make sure you know what you want to achieve and what your audience desires from you. After all, your audience is your potential consumer. If you want to take risks, make sure it’s calculated and well thought of.

Want to know the top virtual influencers? Check this “Virtual Influencers List: Discover the Top 30 for 2020/2021.”